GOAL What on Earth

This is my piece for #GOALWhatonEarth
The artists were each given a 3D resin globe to work on.
GOAL will be having five exhibitions around the island of Ireland in Oct/Nov 2018 of all the artist’s work.
The exact venues and dates are to be confirmed.

The theme I submitted was…CORNCRAKE

A Bird popular in the Irish imagination,
Like GOAL one that migrates to the rest of the world,
Asia and Africa.
Associated with crops of Hay, Grains, Barley etc
A sound of the country side heard rarely now due
to changes in farming practices.
You can encounter pockets of them in NW Donegal,
among other places. A sound of summer nights.
An endangered species needing nurturing just
like our Globe.

As a scraperboard artist I was influenced
by Thomas Bewick’s work and his famous wood engravings
of birds, one of which was the Corncrake. 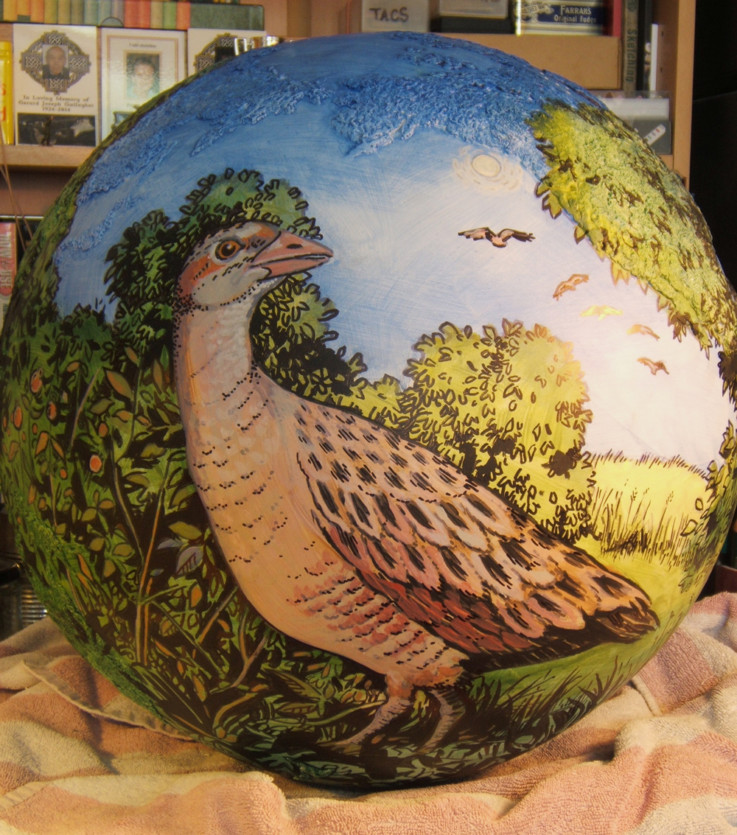 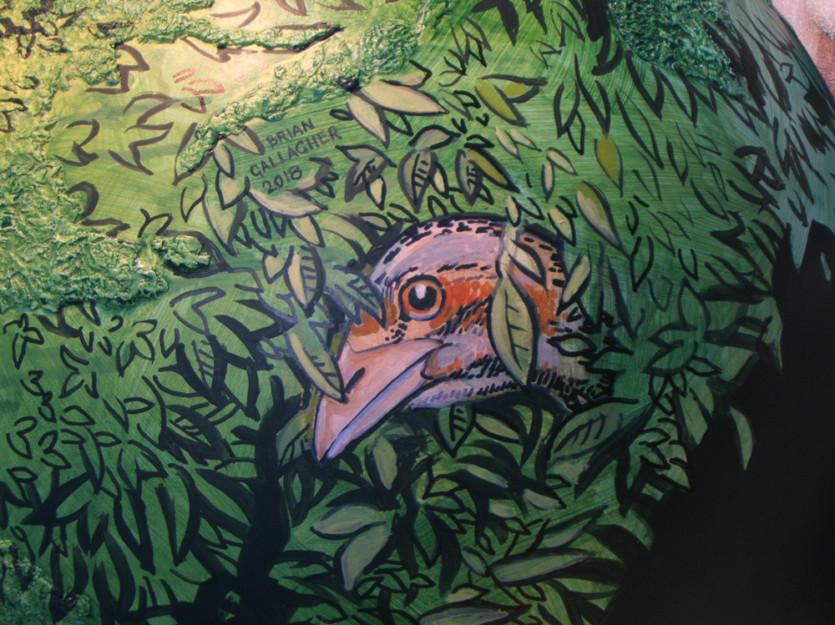 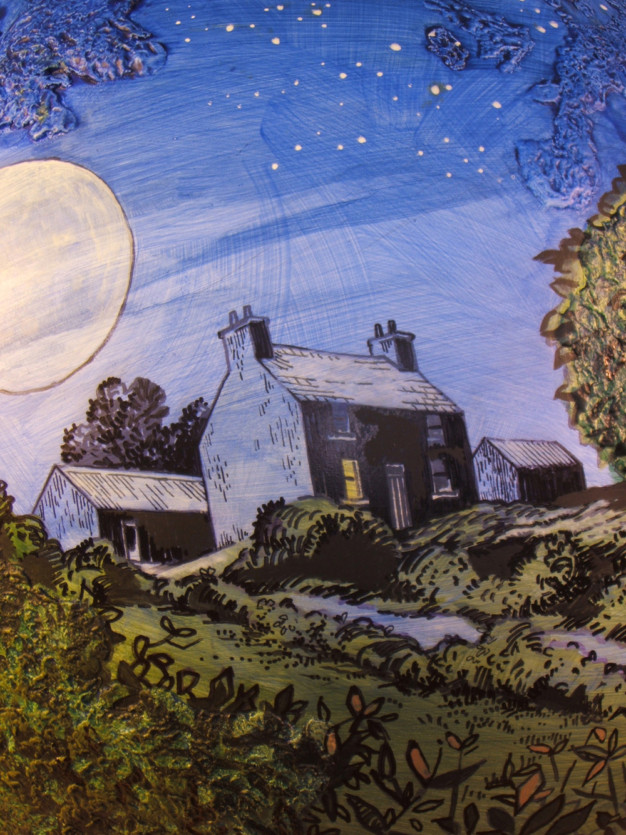 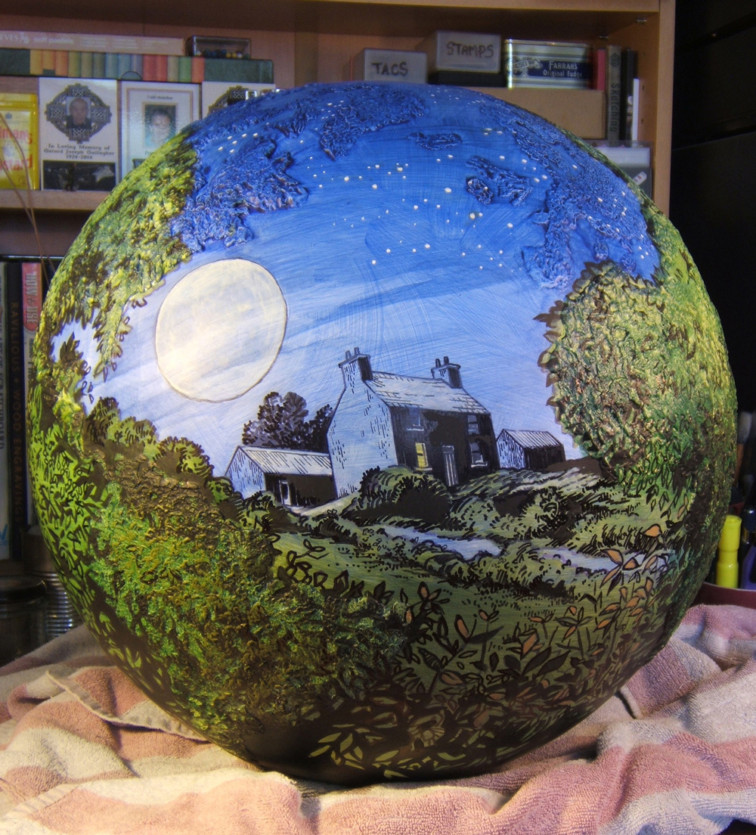