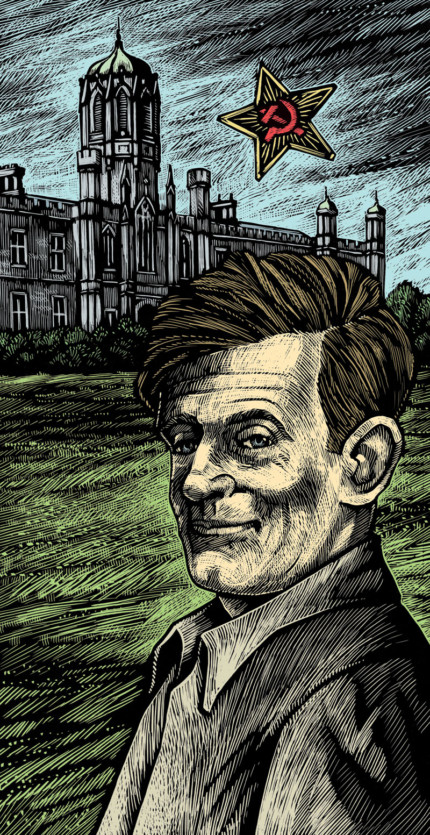 George Thomson was a twenty year old Cambridge classics scholar when he first came to the Great Blasket Island to learn Irish in 1923 where he formed a close friendship with Maurice O’Sullivan.
George was a lecturer in Greek at University College Galway for a period in the 1930s. There he renewed his friendship with Maurice, who was then a policeman stationed in nearby Connemara. Thompson became as fluent and articulate an Irish speaker as those who spoke the language from birth. He encouraged Maurice as he wrote his autobiography Twenty Years A-Growing, edited the text and co- authored the English translation with Moya Llewelyn Davis. He arranged for his friend, the writer E.M. Forster to write the memorable introduction to the English edition.
Thompson perceptively highlighted the ancient lineage of the Blasket’s oral tradition which he compared with that Homeric Greece, a later inspiration for the design of the Blasket Centre. He took a keen interest in education in the Irish language and the revival movement but he also had a lifelong commitment to communism, a subject upon which he also wrote extensively..
Thomson was a regular visitor to the Great Blasket. In 1977 he wrote an essay in Irish, “An Blascaoid a Bhí” followed by an English version “The Island that Was”. A revised, longer version, Island Home, was published just before his death in 1987.