Some Scraperboard that I was commissioned to do for Carrick-on-Suir’s Ormond Castle.
The twenty two Scraperboard portraits plus the seven household scenes I did were added in to the design and then made in to tapestries. You can see the scale of them both in the photographs.

I also worked on some of the images for the audio visuals that were done in the style of John Derrick’s woodcuts.

The  €270,000 interpretation scheme in the Castle’s exhibition and audio-visual rooms tells the story of the Tudor manor’s origins and the Earl who built it for Queen Elizabeth 1 through animated films, inter-active digital books and an exhibition of reproduction Tudor era paintings and tapestries. 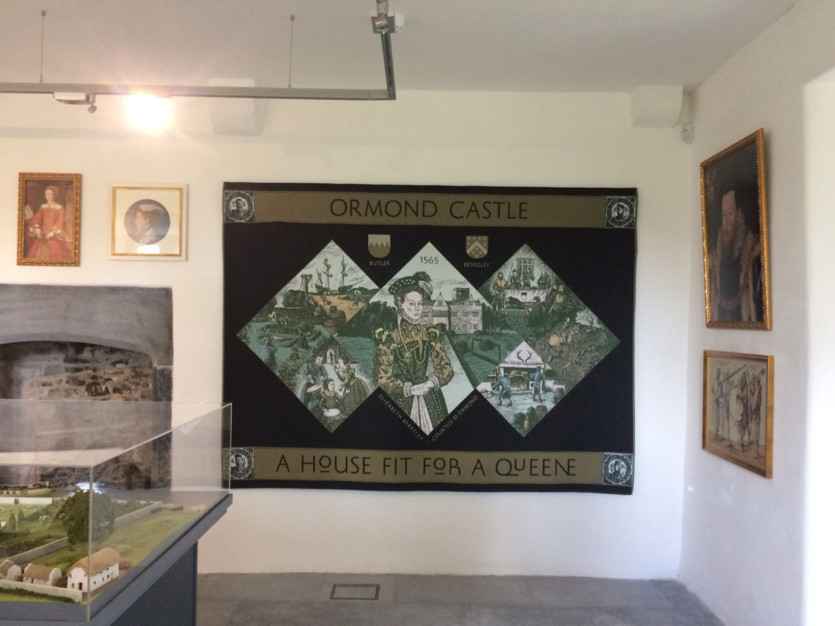 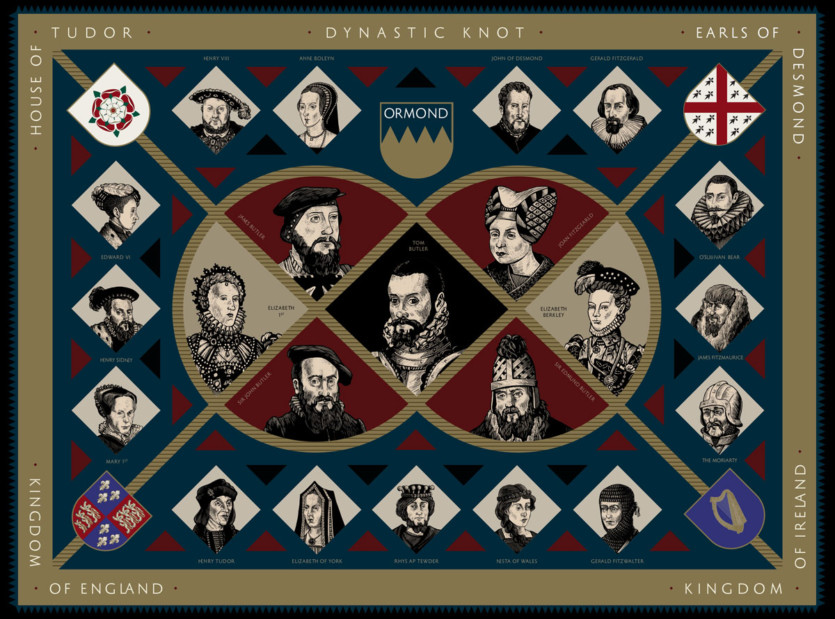 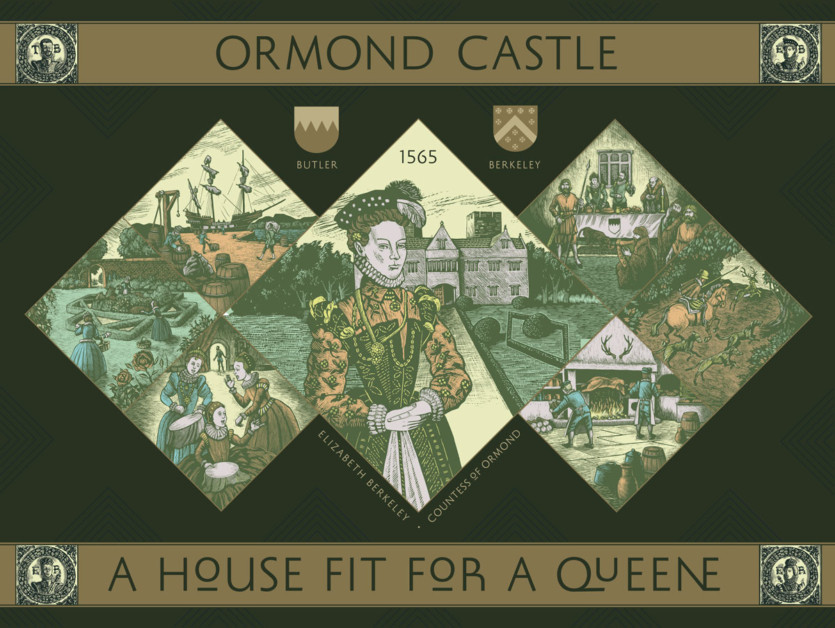